Hugh Jackman talked about hanging out with Robert Pattinson at a karaoke bar in Japan back in 2009. 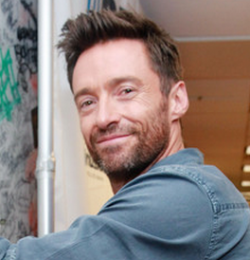 The Aussie actor dished that the British hunk got really soulful voice and it was so much fun. Boxes, which is full of dress-up girls clothes, was brought in their room. Hugh was a school girl, Director Baz also dressed up and Robert didn’t since he was too cool for school. Meanwhile, Hugh took French bulldog for a walk on October 10 in NYC.