Hugh Jackman learns more of slurping with Ivan Ramen, which is the restaurant in New York City. 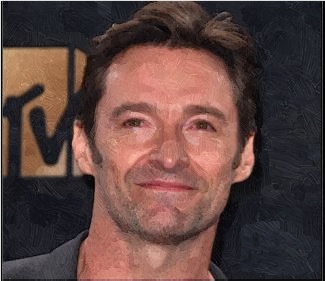 The “Wolverine” star shares a tutorial video of how to slurp properly with the owner of the restaurant. In the video, the actor follows the steps while holding a pair of chopsticks in his left hand. First, he takes the noodles out from the pile. According to Ivan’s advice: “The noodles should be less than what he actually he thinks he needs.” And the actor shows a number of noodles, which is perfect. Ivan continues, “When you have to remember that you take the first sip of the coffee in the morning and it is really really hot. And you know that it will burn your mouth but you also know that you need coffee?” The actor laughs and agrees by saying, “Yes.” The owner adds, “And you also need to make a little hole when you inhale.” The actor says, “Yeah,” and waits for the signal to take the noodles to his mouth. It seems nice that the actor gets the slurping right on the first try while saying, “It feels so good!” Meanwhile, Hugh is wearing a black shirt with a square design, which includes “Global Citizen Festival.”