Iggy Azalea reveals that Papa John is used to be her favorite pizza chain but thing changes after one of its delivery drivers is believed to share her personal phone number to other people. 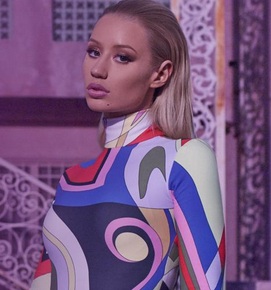 The rapper shares her thoughts about the incident and she does not like that the supervisor does not provide the identity of the person who steals her information. She insists that the pizza chain does not value the privacy of the customer on Twitter. She also shares the images of a text message of her number one fan, which includes the details on how his brother gave the number after delivering something from the pizza outlet. Papa John’s official Twitter defends its side after claiming that customer and employee privacy is important to us. Please do not bounce us! “Bounce” is one of Iggy’s song. Meanwhile, the rapper fails to win at the 2015 Grammy Awards after being nominated on four categories: Best New Artist, Record of the Year, Best Pop/Duo Group Performance and Best Rap Album.