Jessica Simpson is rumored to be pregnant and she wouldn’t confirm anything until she had a magazine deal worth a half-million dollars. 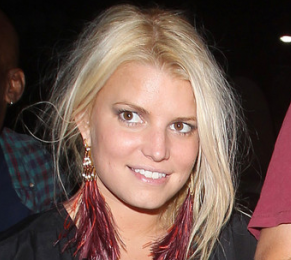 The singer is believed to be shopping a deal to announce the good news and sell the eventual baby photos. She has been reportedly hiding an obvious bump in recent photos to keep it a secret. Her representative had no comment on the issue.