Lindsay Lohan reportedly shoots nude photos for Playboy, which will earn her almost a million dollars. 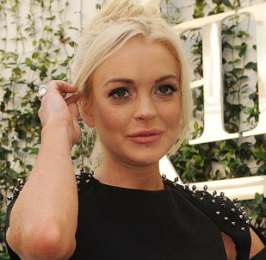 The actress was previously turned down the $750K offer because she wanted one million dollars. Now, Playboy recently offered her close enough to the asking price so that she signed. Lindsay’s shoot has started over the weekend, which her representative can neither confirm or deny at this time.