James Blunt thinks that Ed Sheeran lies about Princess Beatrice’s cutting story after insisting that it was just his imagination. 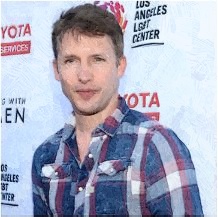 The English singer-songwriter explains that it was a story to promote the fans to sell more records. Whether the claim is true or not, “You’re Beautiful” hitmaker sells 232,000 physical and digital copies during the first day of release. Meanwhile, Ed is not affected with James’ claims after he is spotted on Thursday night at London’s Rum Kitchen.