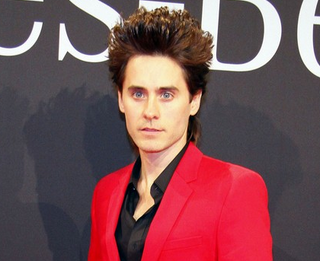 The rocker was sporting a red suit at the red carpet of GQ Man of the Year Awards, which is held at Komische Oper. He tweeted his delight on Twitter while joking that they made a mistake and wondering how long till they come take it back. Meanwhile, Jared previously seen strolling through Berlin Tegel Airport after his plane arrived.