Jennifer Aniston and her former co-star in “Friends”, Courteney Cox is going to have a kissing episode on the season ending of a television program, “Dirt.” 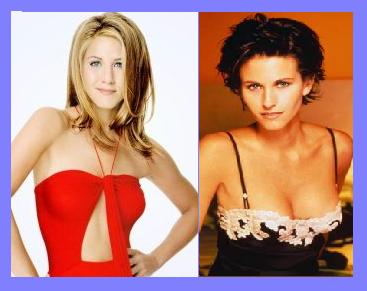 Jennifer Aniston, 38, would play the role of a lesbian magazine editor while Courtney Cox, 42, would play the role of Lucy Spiller, a rival of Jennifer Aniston in the episode.
Is the kissing episode would be a hot kiss? Courteney Cox revealed, “There is no tongue and it is really not a big deal to kiss. I am not saying, ‘Don’t tune in to watch Jennifer on the show,’ because she is fantastic and you get to see us together again.” She added, “If you think it is just about a major make-out session, you will be disappointed.”