Like many celebrities interested in helping out their favorite causes with Twitter, even Jennifer Aniston is joining up with the popular social network to give back to a charity near and dear to her heart, Stand Up to Cancer. 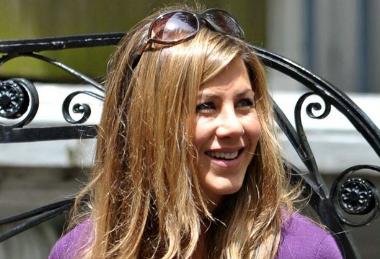 While she hasn’t created her own account, she and others like Jack Black, Scarlett Johannsson and Kirsten Dunst are allying with Twitter for SU2C’s first annual Twitterhunt, to celebrate the charity’s one year anniversary.

SU2C has tucked away T-shirts signed by the celebs in 20 cities across the country, and will be twittering clues to help fans find them. Some of the famous faces will also be tweeting hints as well.

So get on the Twitter train if you want to be the proud owner of Jen’s autographed shirt!