Jessica Alba, who is pregnant with her second child, flaunted her growing baby bump when she left Margarita Mix Studios on April 13 in Hollywood, California. 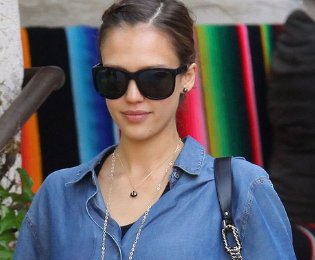 The 29-year-old actress previously revealed that she felt liberated after having first daughter, Honor. Jessica learned to accept her body and to give less importance to her appearance. Being a mother taught her how to adapt to any situation.