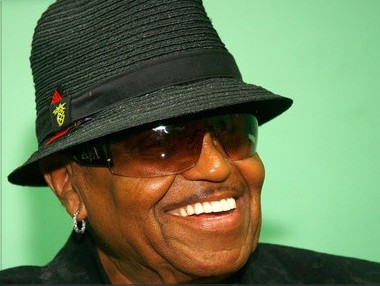 The father of the late singer was sporting a unique piece of jewel on his chest — a angel-winged Michael Jackson pendant. He was also asked about his lawsuit against Dr. Conrad Murray.

Joe went to studio and introduced the band, “The Rebellion.”