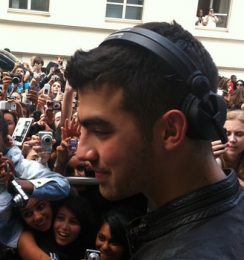 The 22-year-old singer’s abdomen was examined by doctors and he was released soon after. It seems that he quickly recover when he had a sushi dinner at Katsuya with Nick. Meanwhile, Joe reassured his fans that he is fine and he thanked them for their concern.