Johnny Depp managed to get $11.5 million after selling two Jean-Michel Basquiat artworks at a Christie’s auction on Wednesday. 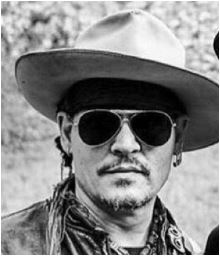 The “Pirates of Carribean” star had a total of eight Basquiat paintings through Christie’s at auctions Wednesday and Thursday in London when the 1981 pieces “Pork” and “Self-Portrait” were sold. Their prices doubled its high value at nearly $4.8 million. The Basquiat works were being offered as part of a Christie’s 250th-anniversary sale. Meanwhile, Johnny Depp is having ongoing divorce battle with Amber Heard.