Justin Bieber fulfills the promise of Barack Obama, who would like to arrange a meeting of 14-year-old Payton Wall with the singer. 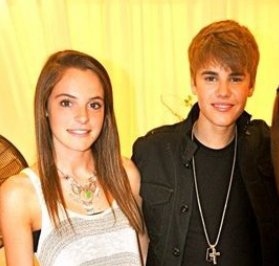 The “Baby” singer met Payton, her sister Avery, and her friend Madison Roberson on Thursday in NYC and posted a photo of the meeting on her Facebook page. The meeting happened just moments after Justin’s almost riot incident outside Macy’s in Times Square. Meanwhile, Payton admitted she was more nervous meeting the singer than the US president.