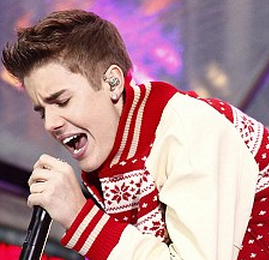 The singer was filmed for the Holidays concert along with his cute four-year-old sibling, who helped him with the rendition of “Baby.” Their family also watched the concert, including their parents, grandparents and friends. Meanwhile, Justin played hockey with the pros in a fun-filled day. And he also flaunted his moves on the ice.