Justin Beiber landed on the cover of the March edition of GQ, which hits newsstands on Thursday. 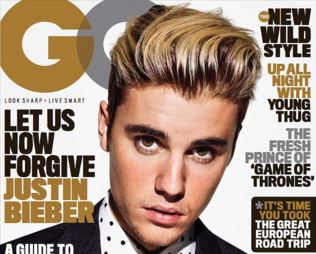 The 21-year-old entertainer talked about his rumored relationship with Hailey Baldwin when he confessed that she is someone that he really loves. He admits that they spend a lot of time together. The pair reportedly spent last weekend together in San Francisco but they are not officially a couple yet. A source dishes the scoop that they are not an an exclusive couple even though Hailey has made it clear that’s what she wants from the Canadian crooner.