Kanye West continued to slam MTV – this time by accusing the network for using Britney Spears to get higher ratings for Video Music Awards. 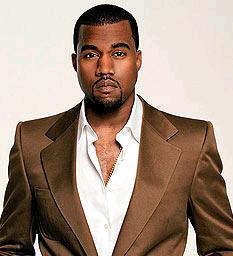 The rapper claimed that MTV used the ‘Toxic’ singer in order to get maximum viewer ship, claiming, “I just felt like she wasn’t ready and I felt like they had to get their ratings. … It just shows you it’s not a black and white thing; it’s a money thing.”

The rapper also thinks that the network should have eliminated Spears’ performance after watching it in the rehearsals, saying, “Someone had to be at that practice and be like, ‘Wow. This is not good.’ All the lip-syncing and everything. I mean, that performance, had it been pulled off perfectly, still wouldn’t have been up to par to start off the MTV Awards.”

Kanye West added that he had warned people at MTV that Spears’ inclusion was not a sound idea. He added, “I told the guy at MTV, ‘there’s only a couple things important in music this year: Umbrella, Amy Winehouse. It’s not just about me. Britney Spears is not important in music, but she’s important to the tabloids and stuff like that.”