Kanye West makes his fan happy by turning her wish come true and spending time with her on final hours. 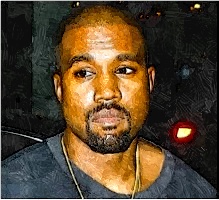 The American rapper learns that a young fan, who was dealing cancer, wants to keep in touch with him. The fan’s family attempted to reach him because the pre-teen was his fan. It is a good thing that “Yeezus” hitmaker gets the chance to contact her after hearing about it last week. He is able to chat with her using FaceTime. He also grants her wish to rap her favorite song, “I Love Kanye.” His fan was really happy. Unfortunately, she passed away a short time later. Meanwhile, Kanye could possibly release new music in the near future, according to Daryl ‘KNARLYdb’ Brown. His stylist claimed that the rapper is now working on new material and that ”God level” tunes are on the way.