Kate Middleton is being lined up to take centre stage in the Royal Box during Wimbledon fortnight as a Royal representative. 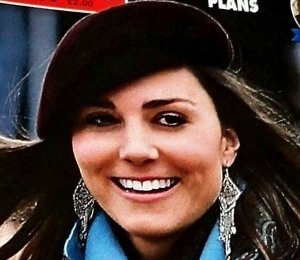 The brunette beauy, who was accomplished player and a regular Wimbledon-goer, could even take over trophy presenting duties from the Duke of Kent. Palace aides brought the idea of taking the role in hope Kate will bring a touch of glamour to the tournament.

But a spokesman for the Palace thought that it was too early to say since there are a lot of possibilities for Kate.