Katie Holmes strikes a pose at a photo shoot for a major magazine on July 26 in Hollywood, California. 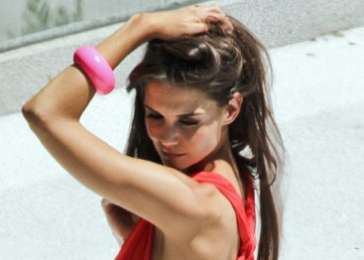 The “Mad Money” star was tended by hair, makeup and wardrobe personnel while sporting a colorful red, pink and black skin-baring ensemble for the midday photo shoot. Meanwhile, Katie was spotted while spending some time with Suri at the Brentwood Country Mart.