Katie Holmes wears a red Valentino dress, which is worth $7K , for the April issue of the magazine. 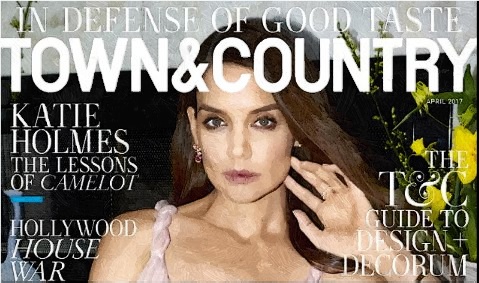 The “Batman Begins” star also wears the Grecian-inspired pink gown and earrings, which is designed by Dior. She reveals her plans of pursuing directing permanently so that she can spend more time with Suri Cruise, who will turn 11 years old. Meanwhile, Katie will play Jacqueline Kennedy in The Kennedys After Camelot, that starts April 2 on ReelzChannel.