Katy Perry shares that everything feels brand new, which seems a clue that she is prepared to move on after her split from Russell Brand, during the pre-game Super Bowl gig. 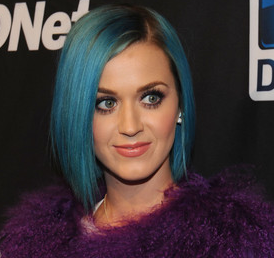 The singer dedicated a song to Broncos quarterback Tim Tebow, who has approval of her religious parents. Katy put on the show at DirectTV’s Super Saturday Night, which is hosted by Peyton Manning and Mark Cuban.