Keira Knightley, who has attracted attention over her revealing dress in the premiere night of her new film “Atonement”, has recently starred in an advertising campaign for fashion house Coco Chanel. 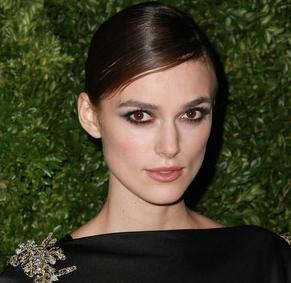 The actress appeared naked and she covered her breast with a bowler hat in the advertisement of Coco Chanel. In a recent interview, Keira Knightley admits she is trying to ‘have her cake and eat it’ by taking her clothes off for advertisers while at the same time demanding privacy.

The actress also defended the advertisement, saying it was ‘something to show the grandchildren’, adding that posing for the pictures were a way of overcoming her own ‘inadequate’ feelings about her body. She also revealed, “When I was 17, 18, 19, I felt incredibly insecure. I went through a period of thinking I looked weird and too skinny, and that’s ten times worse when you’re being written about.”

She added, “There are huge contradictions in people. And there should be. On the one hand, I was completely self-conscious about my body, on the other I love nude photographs and one way of getting over feeling inadequate is to go, “Sod it, you are getting over this.” And just do it.”