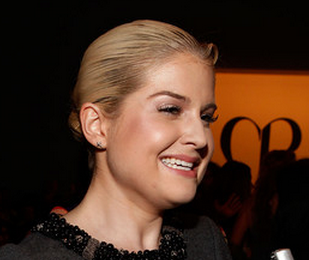 Ozzy’s daughter dished that the singer called her fat for years but she was never that fat. She insisted that the singer is not size 2/4. Kelly previously battled her weight in the past and she shed 48 pounds after her 2009 stint on “Dancing with the Stars.”