Kim Kardashian and Kanye West create a lot of attention after landing in Paris on Tuesday. 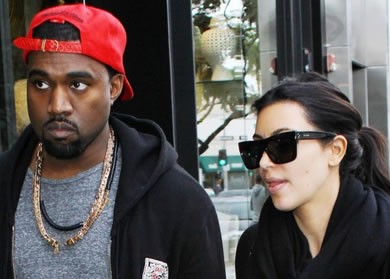 The reality star wears a dark velvet cape and navy and cream colored scarf, which hide her baby bump, while she goes a little shopping with her boyfriend. The couple stops at Lanvin on Rue Saint-Honoré for 30 minutes. Then they check Celine, which Kim reportedly loves before having a dinner at L’Avenue. Meanwhile, the couple recently bought a Bel Air, California, mansion for $11 million.