Kim Kardashian becomes the center of the controversy after a revealing photograph surfaces on the internet. 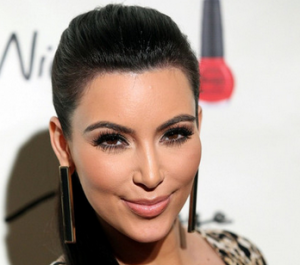 Her representative insists that the photo is fake since it looks nothing like Kim. The photograph shows a woman, who exposes her breasts to the viewers. Although Kim denies that she is the woman in a naked photograph after posting in a sexy bikini on Twitter.