Kim Kardashian thought that her robbers were amateurs based on the incident in Paris. 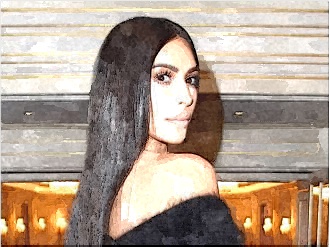 A source revealed that the “Keeping Up with the Kardashians” star informed the police that the thieves were very hesitant and uncertain in moving her in and out of the bathtub and pointing a gun at her hand. They walked away and pulled again without the obvious reason. They also disagreed on how to do the crime. A report pointed that their outfits looked like from a Halloween store and they used the ordinary backpack to bring the stolen jewels out. The necklace, which had $33,000 value, was dropped on the street while the robbers escaped. Unfortunately, the robbers were still at large.