Kim Kardashian is going to be included on “Drop Dead Diva” as a guest star. 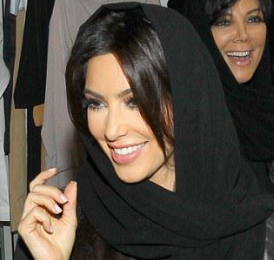 The reality star will be shown in several episodes this summer. She will portray the role of Nikki, who is Ben’s new love interest and starts a business venture with his ex, Stacy. Kim admitted that she is excited to work with everyone on the set. And she will be reinvented in the television program, according to its executive producer.