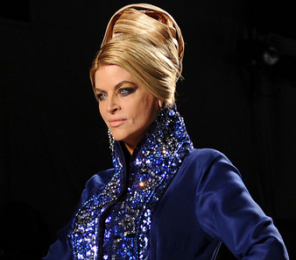 Steve Carl offered the actress transportation to the charitable commemoration but restaurant representative were shocked to hear her demand for a helicopter landing but it was possible because of airspace restriction. She agreed to arrive by a car with Nicole Scherzinger. Meanwhile, Kirstie’s representative revealed that the actress was coming from Pennsylvania that morning and she was only exploring transportation options so that she could made it on time.