Kris Jenner answered the allegations made by former wives that Khloe was not biological daughter of Robert Kardashian. 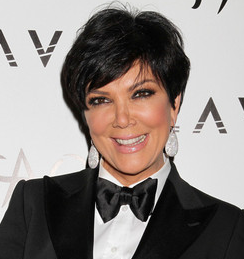 The mother of the reality star knew who the dad was, everything is good and they are all good. She also dished that “Khloe is adopted” was only a family joke because the socialite was blonde and not dark-haired. Meanwhile, Robert’s document when he filed to annul the marriage from Ashley indicated that he didn’t wish to have any more because he already had four biological kids.