Lady Gaga encountered egg-tossing Aussie while arriving at ARQ nightclub in Sydney, Australia in the wee hours of July 12. 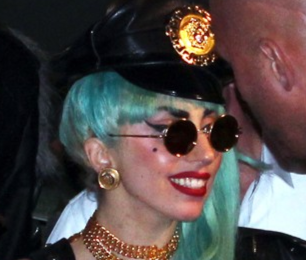 The “Born This Way” singer was surrounded by fans and bodyguard. She made her way inside the club when an unruly local began pelting eggs in her direction. Meanwhile, Lady Gaga was previously awarded honorary Aussie citizenship by the Lord Mayor, Clover Moore, in a special ceremony.