Lana Del Rey poses daringly in the GQ magazine for its 15th annual “Men of the Year Awards” issue. 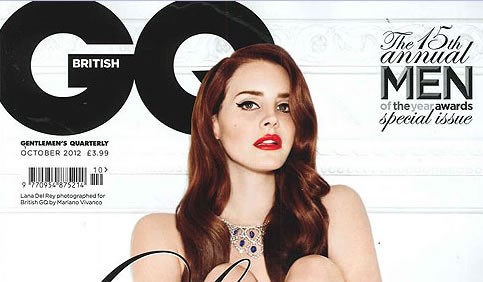 The singer and model accepts her award after being introduced by Boy George at London’s Royal Opera House on Tuesday. She dishes that the beautiful shoot for the magazine happens in Monaco and her interview is interesting because she was reminded of why she loves to sing and why she wanted to become a writer. The October issue of British GQ hits newsstands on September 6.