Lindsay Lohan attempted to watch a film outside the rehab but things didn’t turned out as planned. 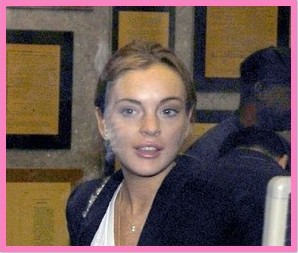 The “Freaky Friday” star wanted to watch a film at the Century Rancho Mirage movie theater on November 6. Unfortunately she left when the moviegoers started to notice her.

Lindsay headed to Borders bookstore, where she picked up a couple of magazines.