Even though Chris Brown caught Lindsay Lohan’s eye during the MTV Video Music Awards, fans shouldn’t expect that the two will become an item. 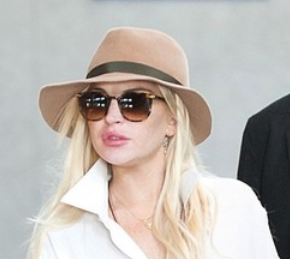 The actress tweeted that the singer killed his epic performance and she asked him if he want to meet. This sparked a rumor, which suggested that she’s propositioning something. But Lindsay shoots down Chris romance buzz after saying it was so random.