A Fashion Week partygoer fell on broken glasses minutes after Lindsay Lohan pitched a drink at a photographer. 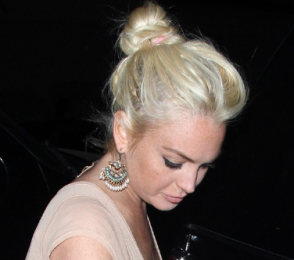 Her tumble caused glass to shatter and cut her arm. Paramedics were called but 20 minutes passed before they get to the scene. Staffers tended to the unidentified victim. Lindsay reportedly threw a threw a drink at photographer Todd Eberle, which landed on his laptop. Her representative insisted that the actress did not throw anything at anyone, plain and simple.