Marc Anthony and Jennifer Lopez were spotted together in Puerto Rico last week. 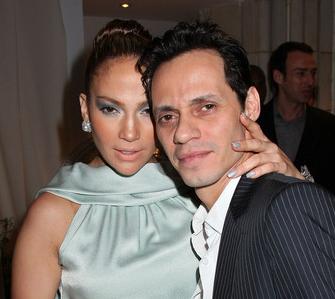 The couple were filming their upcoming Latin talent competition show, “¡Q’Viva! The Chosen” at Caribe Hilton in San Juan, according to the Puerto Rican website Primera Hora. They reportedly watched audition last Tuesday night. The show will be aired in the U.S. on Univision in early 2012.