Marc Anthony was spotted having a blast in Costa Rica this week while another girl planted a kiss on his cheek. 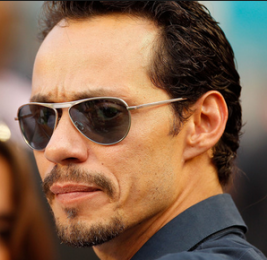 The singer threw a HUGE party a few days ago to launch his new TV show “¡Q’Viva! The Chosen,” which is set to debut in early 2012. It was reported that Marc was behind the DJ booth while spinning a couple of records. Then he was captured with a couple of pictures with Dianna Perez, who’s part of the crew.