Marc Anthony became more serious with his new girlfriend after getting a tattoo of Statue of Liberty and dedicating the ink to her. 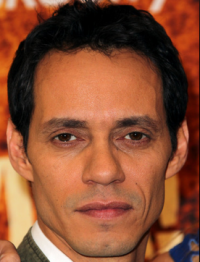 Lady Liberty was inked to the right wrist of singer’s arm on New Years’ Eve in Miami. Venezuelan model Shannon De Lima inspired the singer for his new ink because she “freed” him from his past. Meanwhile, Marc and his daughter Ariana had unreported matching inks on their outer wrists.