Matt Kemp seems to have his former girlfriend Rihanna on his mind when he did a double take on CeCe Segarra. 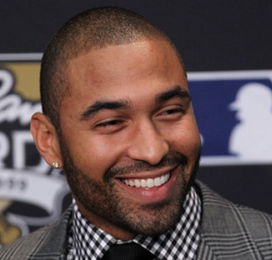 The LA Dodger slugger was staring at the singer, who has a similar to “Umbrella” hitmaker, during dinner at Philippe Miami. A source dished that Matt’s eyes were fixated on Cece until his pal started to tease him for staring. Meanwhile, Cece is going to release an album next year and a song in January featuring Busta Rhymes.