Meryl Streep, 62, jokes that she is the oldest person to grace the Vogue magazine cover for its January issue. 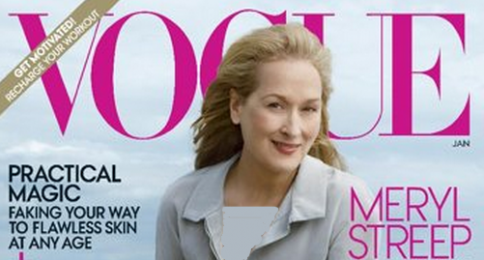 The actress was also offered three different roles to play a witch after turning 40. She thought that women in her age group were “grotesque on some level.” Fortunately, Meryl will portray the former British Prime Minister Margaret Thatcher in the new film “Iron Lady.” Meanwhile, the January issue of Vogue will be available on December 20.