Prince, Paris and Blanket remembered their father Michael Jackson at a hand and footprint ceremony on January 26 in L.A. 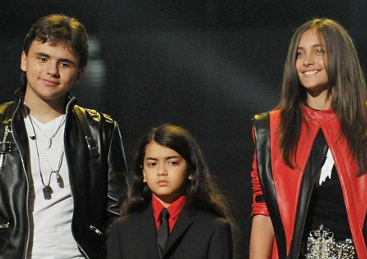 The children created an imprint in the cement using their father’s popular sequin glove and shoes. They also included their own prints too. Meanwhile, Justin also showed up at the event and met Paris. The singer praised Michael for being more than an entertainer and an inspiration.