Miley Cyrus seems that she has moved on from the recent split just as quickly as Liam Hemsworth has. 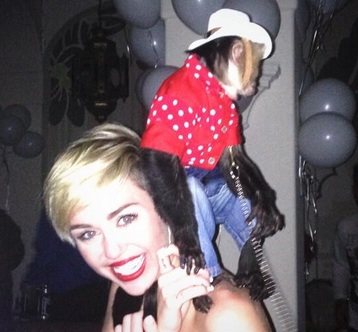 The “Wrecking Ball” singer confirms that she is now dating producer Mike WiLL Made It. She was seen in the arms of the music producer after her performance at the iHeartRadio Music Festival in Las Vegas on Saturday. The celebrity pair sparks romance rumors when their personal photographs surfaced from social media accounts and their photo shoot with famed photographer Terry Richardson. Meanwhile, Miley posted many controversial pictures on her Twitter on Tuesday morning such as tweaking with a fancy dress monkey on her back and straddling a red furry mascot.