Miley Cyrus responds to Jay-Z when he criticized her for her love of twerking. 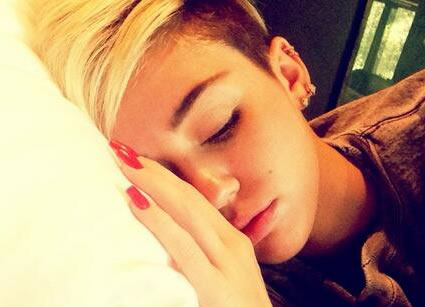 The former “Hannah Montana” star has been a target of mocking by the rapper in recent weeks over her video of herself performing a routine of the dance craze. Jay-Z mentioned her in a verse on Somewhere In America which features on his new album Magna Carta … Holy Grail. The lyrics include: “When I was talking Instagram, last thing you wanted was your picture snapped. Feds still lurking, they see I’m still putting work in, ’cause Somewhere In America, Miley Cyrus is still twerkin’, ha! Miley responds that she don’t see Mr. Carter shoutin any of you b****es out. The singer agrees to Jay-Z comments that she represents an old worlds worst nightmare when she adds that she represents an old worlds worst nightmare.