Nick Joans and Olivia Culpo reportedly split after being together in a relationship for two years. 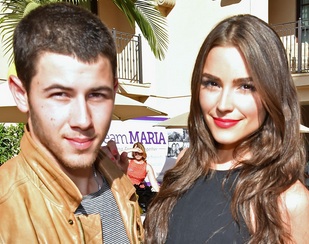 Sources confirm that their romance ends. The former Miss Universe is believed to be heartbroken when the singer breaks up with her. She also posts a mysterious message: “And if you’re faced with a choice and you have to choose. I hope you choose the one that means the most to you.” The celebrity pair sparks break-up rumors because they have not been spotted together since the 2015 Billboard Music Awards on May 17. Sources add that they are both in New York City, but they are staying in separate hotels. In an interview, Nick reveals that their relationship is going well, but he admits that long-distance romance is tough for him. Meanwhile, Nick is photographed while eating alone in NYC last Thursday.