Nicolas Cage insists that he is not a vampire on “The Late Show” after the rumor sparks online. 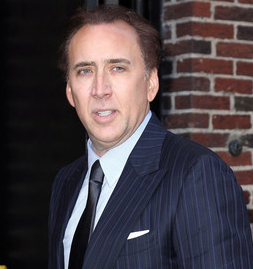 The actor becomes the center of weird speculation after eBay seller suggests that he is undead based on a photograph of a man in1860s. Nicolas points out that he does not drink blood and he still has mirror reflection. But he admits that the old photograph has a resemblance.