Pink shared a delightful news that she is expecting her second child with husband Carey Hart on her Instagram. 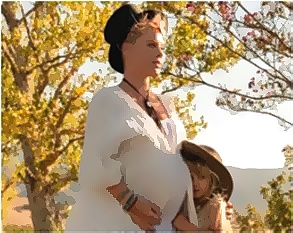 The “So What” singer posted a picture of herself and Willow Sage. Her baby bump was clearly visible next to her 5-year-old daughter’s head, which was rested on it. The mother-daughter tandem was wearing off-white ensembles and brown hats. The American singer also wrote a caption, “Surprise!”. This caption appeared to confirm her second pregnancy since their first child was born in June 2011. Meanwhile, Pink previously confessed to Good Morning America about the possibility of adding to her family earlier this year. She explained that she loves being a mama. She made a choice a long time ago that she was going to have a successful family and that is her absolute No. 1 goal in life.