Pippa Middleton is going to throw a New Year’s eve party at her family’s mansion to celebrate after having a great year in 2011. 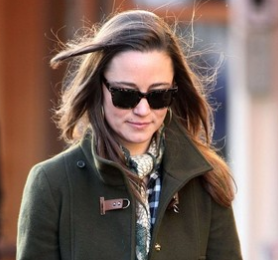 The party planner will also organize the big party for friends. A source dished that Pippa decided to hold a big party to thank everyone since she became one of the most recognized women after her sister’s wedding. She has booked out an entire hotel for the overspill. Meanwhile, her sister Duchess Kate will expect to spend New Year with Prince William at Balmoral.