Pippa Middleton’s pictures while sunbathing on a private yacht have sparked a legal battle between the Middleton family and a number of tabloid editors. 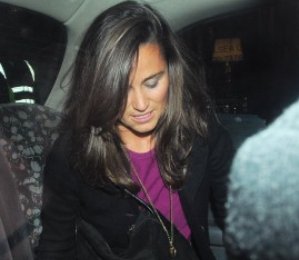 Her family filed a formal complaint to Britain’s independent Press Complaints Commission. The complaint cited four British tabloids for publishing photos that violated their privacy. The family is also reportedly concerned about a separate set of images of Pippa Middleton that have begun circulating in the US. Meanwhile, Pippa was spotted while having peek-a-boo with the paparazzi in a taxi.