Prince George appeared in public for the first time in three months when he arrived at St. James’s Palace to be christened yesterday. 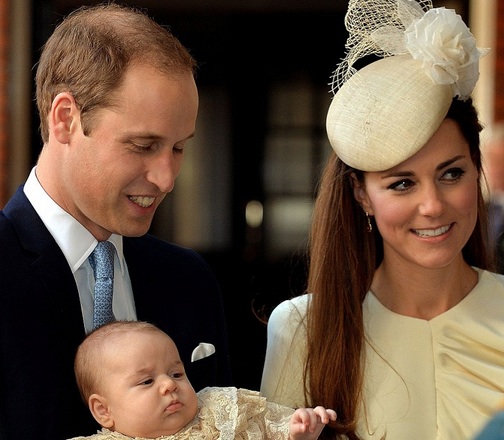 The royal baby event brought together the four generations of the Royal family. The three-month-old royal was sporting a handmade replica of Queen Victoria’s daughter’s christening robe. His proud parents smiled while holding the young prince. Prince William admits that it is the first time that his son has been quiet all day. Aides revealed that the prince smiled throughout when he was baptized by the Archbishop of Canterbury. Only 23 guests were present to the family gathering. Meanwhile, Duchess Kate sported a cream Alexander McQueen jacket with a fluted lapel over a matching dress, and a jaunty Jane Taylor hat. She also wore off-white LK Bennetts shoes.