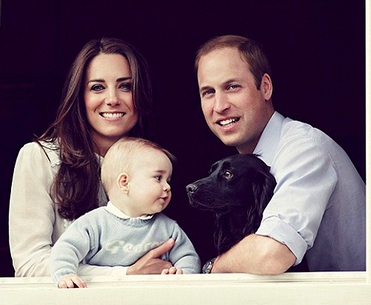 The royal child is wearing a personalised jumper while smiling at Lupo, who is the family’s cocker spaniel. He appears to be a curious and affectionate eight-month-old toddler. His mother looks beautiful while his father showed off his boyish looks in the photograph. The image was captured by award-winning photographer Jason Bell at a window of Apartment 1A of Kensington Palace. Meanwhile, Prince George was officially snapped during his christening last October.